( Please wait for all images to load.)

Mariuccia studied Art at St.Joseph's High School and the Government School of Arts under the tuition of V.Apap and professor E.Caruana Dingli. She was a professional school teacher and script writer with the Education Department. At a young age she studied piano and singing.

Later on she took up Floral Art as a profession becoming the first Maltese to hold a Diploma of Demonstrator in this Art. Mariuccia has attended residential courses and workshops abroad with teachers of world repute like Jean Taylor and Derek Bridges, and has well over 30 awards at International level to her credit. She is the holder of the Demonstrator's Diploma of the London and Overseas Association of N.A.F.A.S. of which she is also a member. For more than twenty five years she has been sharing her expertise in this field with hundreds of her students. In pursuing her career, she had to travel extensively around Europe and other destinations as far away as Hong Kong, Australia and New Zealand.

A word from the Chairman at the end of the Fifth World Flower Show in New Zealand. 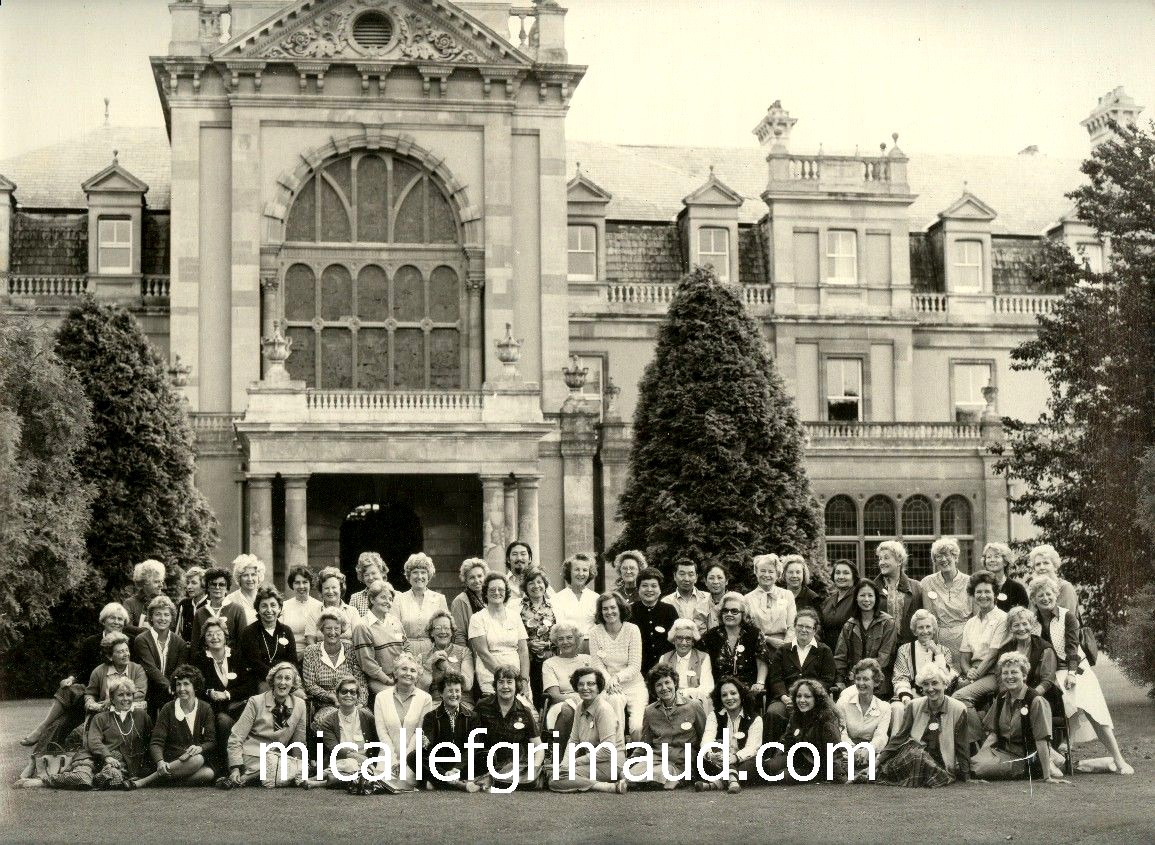 First W.A.F.A. International Course for flower arrangers at Dyffryn House Conference Centre, Cardiff, Wales. Mariuccia is in the middle row, seventh from right. Nadine and Glorian are in the bottom row.

Mariuccia is a member and judge of the Malta 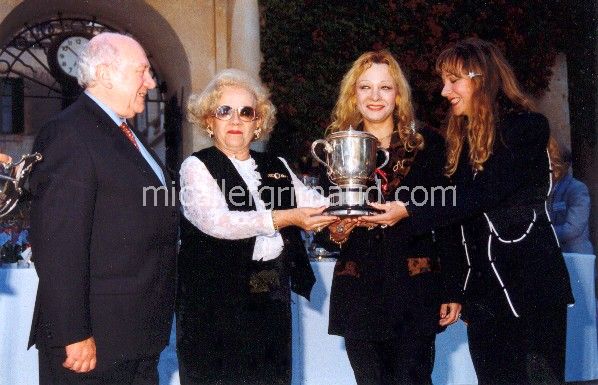 Horticultural Society. She was awarded a Gold Medal for her contribution to the Art of Flower Arranging by the Society. She and her two daughters received the most prestigious cup of the whole show   (The Daily Mail Perpetual Trophy) a staggering twenty times from the President of Malta, for their yearly embellishment of the Society's Great Spring Show at San Anton Gardens in Attard. 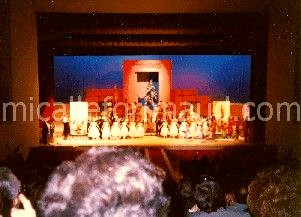 in aid of the Community Chest Fund. These shows held at Malta's leading theatres comprise of Floral Art, Haute Couture, Music and Classical Ballet. In December 1989 Mariuccia was awarded another prestigious Gold Medal, presented to her by Mme.Helene Leduc, W.A.F.A'S President on behalf of the Societe' Nationale d'Horticulture de France for organizing the "May Inspiration" series. She is a prize-winner in fashion designing. 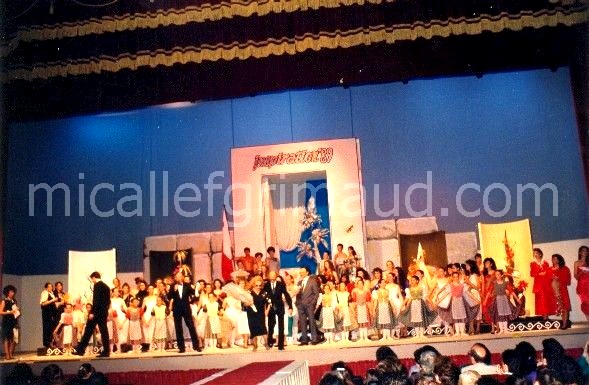 Above and right: The Grand Finale of May Inspiration '89 at the Mediterranean Conference Centre, with all participants on stage. 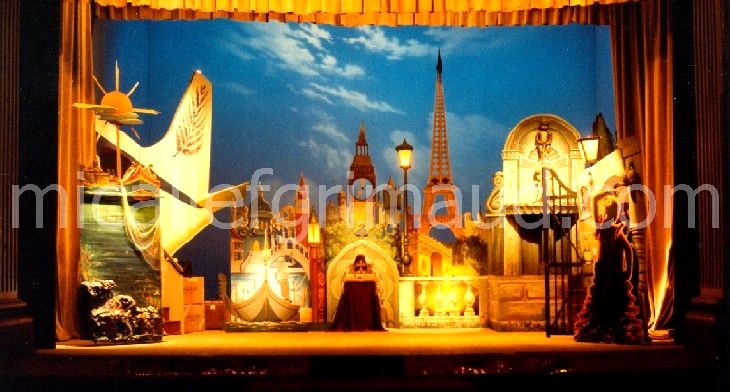 Right: Testing the stage lights at the Manoel Theatre in preparation for May Inspiration '87. Stage design by Chev. Aldo Micallef-Grimaud. 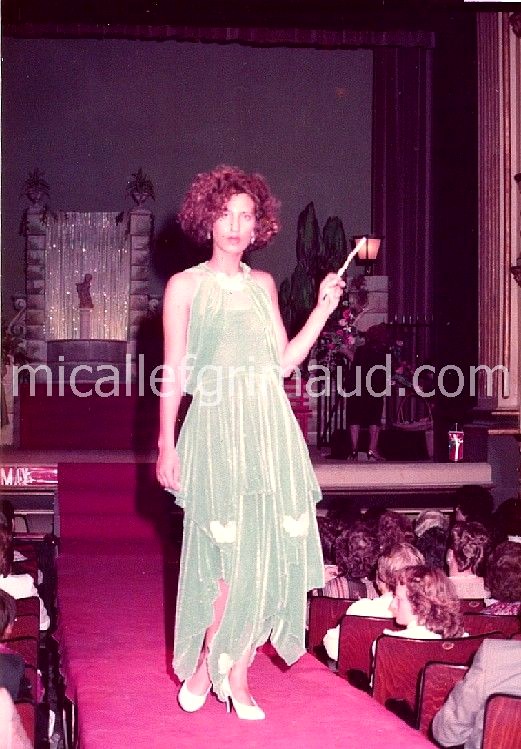 One of the models in another edition of the show at the Manoel Theatre. 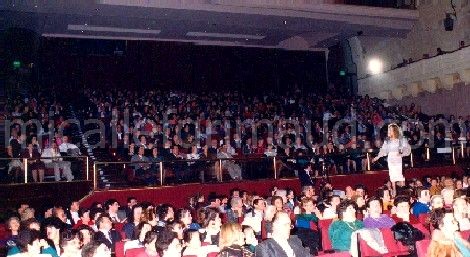 A A packed House at the Mediterranean Conference Centre.

Mariuccia features regularly in exhibitions both in Malta and abroad.

Dame Micallef-Grimaud has mounted countless personal and collective exhibitions of painting and Floral Art. Memorable ones include her first solo, held at the Public Library in Valletta. 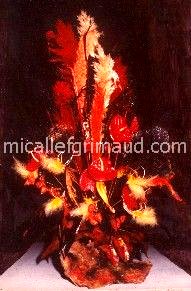 Throughout her long and brilliant career 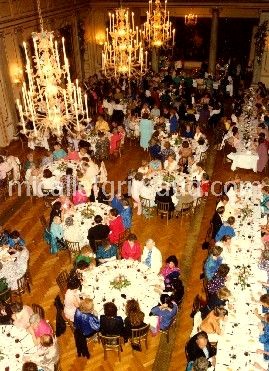 Mariuccia has scooped up numerous prizes both locally and abroad. An endless row of certificates and awards of all sorts adorn most of her studio walls, proof of her extraordinary artistic abilities. Suffice to say that Mariuccia has four Gold Medals to her credit. To the right is a photo of a gala dinner in Brussels after a week of hectic competitions. The numerous competitors came from around the world. Mariuccia is the lady in blue just off- centre, left, at the very bottom of picture. Her daughter Nadine can be seen to her right.

Mariuccia has given Floral Demonstrations at Lambeth Church, London and other Conference Centres.

She has demonstrated in French at the prestigious  Palais de Congres' in Brussels at the invitation of the World Association of Flower Arrangers. She was invited by N.A.F.A.S. to give two other demonstrations, one in Ashford City Hall and another in Shorne, U.K.

In 1998 she had the great honour of being 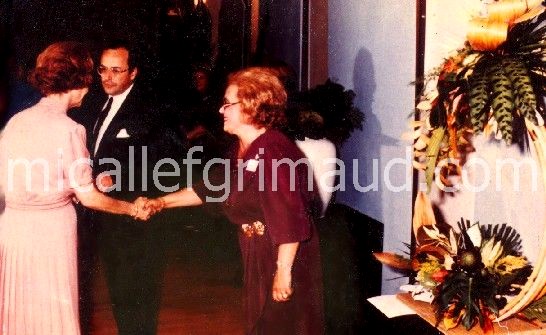 H.R.H.Queen Fabiola of Belgium congratulating Mariuccia for her prize-winning exhibit.

In the eighties Mariuccia was appointed Court Legal Expert in Floral Art and in Dress Designing.

Mariuccia is also a member of the Council of the Malta Society of Arts, Manufactures and Commerce. In 1987 she was awarded the Society's highest honour in this field - the Silver Medal for her contribution to Art.

1990- Mariuccia being awarded the "Medaglia Aurata al Merito" by the Academy of the Mediterranean. Above: Prince C.F.Alleata declaring Mariuccia as vice-president of the Accademia del Mediterraneo. 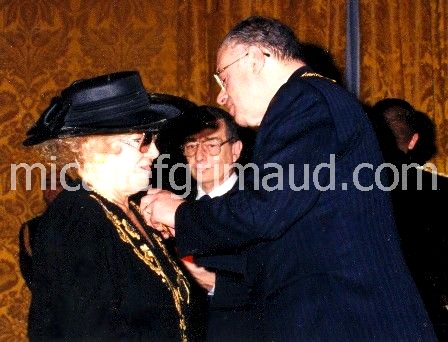 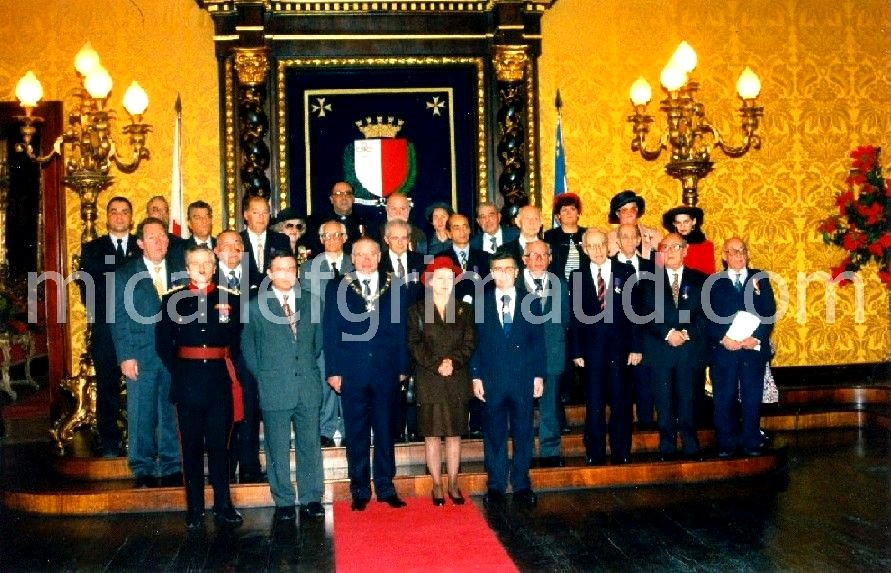 On Sunday 27th.March 2011, at a reception held to celebrate Valletta Day,  Valletta Mayor Dr.Alexei Dingli presents Mariuccia with the Gieh il-Belt award. The award goes to persons distinguishing themselves with excellence in various areas (such as Art and Culture)  who have been nominated by Valletta residents.

The Military and Hospitaller Order of St.Lazarus of Jerusalem 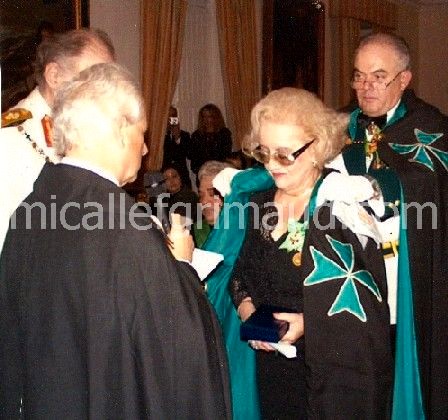 In November 2006 Mariuccia was presented for promotion in the grade of Dame of Grace, in the Military and Hospitaller Order of St.Lazarus of Jerusalem (picture below) - an order which had already bestowed upon her the grade of commander in 2004. 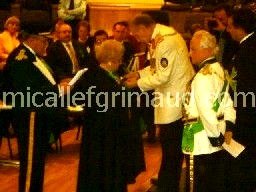 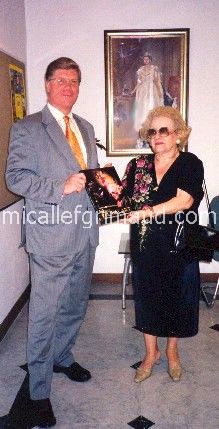 Her work is featured in Lyn Amo's book "Living with Flowers", "The Flora International", the "Flower Arranger", "People in the News". In Judith Blacklock's Encyclopedia of Floral Art, in "Who's Who" and in Depiro's "Dictionary of Artists".

Mariuccia is married to Chev.Aldo Micallef-Grimaud, himself a well known artist in his own right. Her son Mario Ivan and her two daughters, Nadine and Glorian, are all involved in the Arts.

Jump to May Inspiration